Beware of money exchange points situated in touristy areas of Warsaw (Royal Route, Old Town and Chopin airport) – even though they will advertise themselves with “no commission” signs their exchange rates are extremely inconvenient, which becomes clear only when transaction is completed and complains rejected. Most of foreign tourists coming to Warsaw would sell EUR or USD and buy PLN (so they would be interested in “we buy” price offered by exchange offices), however the price displayed by those points is usually higher “we sell” price. Example: when writing this article for 1 EUR banks and exchange offices in the city centre were paying 4,20 PLN, while those by the Royal Route –  3,20 PLN (this is 76% of the price offered in the city centre), even though their advertised price was 4,30 PLN, what may seem as a very good deal but obviously was a price applied to those who wanted to buy EUR. Our (obvious) tips: 1. google exchange rate by typing “1 EUR to PLN” before changing the money 2. change the money outside touristy areas – there are several money exchange kiosks situated in the underground passage under intersection of two busiest and most central Warsaw streets: Marszałkowska and Aleje Jerozolimskie, near 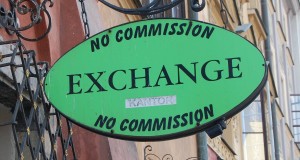 Novotel hotel or 3. when in need of cash in touristy areas, withdraw money from ATM’s – even though your bank will charge you some commission, it will be around 5%, and not 24%. 4. When withdrawing money from ATM always choose your card to be charged in PLN and never in USD or EUR. The trick to avoid here is that a Polish bank, operator of the ATM, would recognize foreign card and offer that the card will be charged in the currency of the card, which may seem a good deal saving you numerous conversions, but is a tourist trap again, because the conversions are not skipped (ATM’s in Poland are giving PLN and your card will be always charged in the currency of your bank account) but in this case the conversion rate applied will be the one offered by a Polish operator, (displayed in tiny characters on ATM screen) which is usually very inconvenient. By choosing PLN on the display of ATM, the exchange rate applied will be that of VISA or MasterCard, which is alway better than the one offered by Polish operator (the same rule applies when paying by credit card in restaurants – always ask waiter that the card will be charged in PLN). 5. Don’t go to the bank to exchange money – you will pay there twice, not only the bank will take hefty commission, but  you will pay with one hour of your time spent in a line of customers paying bills or applying for a mortgage.

Good news: 95% percent of Warsaw taxis are cheap and honest. 1% are fake taxis, 4% are regular taxi drivers who may take advantage of foreigners not knowing the prices. Sadly much more than 5% of tourists overpay for the taxis, because that 5% of dishonest taxi drivers tend to occupy touristy areas: Central Railway Station, Modlin Bus city terminal (square in front of the Palace of Culture), Modlin Airport and Castle Square (entrance to the Old Town). Fake taxis are controlled by mafia, drivers are usually tall, muscular man, cars only barely resemble Warsaw taxis (may have fake TAKSI / TAXXI sign but no license number). They are 100% illegal – never get on them or even approach them. The biggest threat are in our opinion dishonest licensed taxi drivers offering overpriced rides. How to avoid them? Unlike in many other european cities, taxis in Warsaw are not of the same manufacturer and colour.  Every regular taxi, either brand new mercedes or 15 year old daewoo, should have a TAXI sign on the roof and a black 5-digit license number printed on a white background, in the middle of red and yellow (colours of Warsaw) belt going across the driver’s door (see picture). All taxis are individual (we don’t have shared taxis in Warsaw), all are metered and the driver should print the receipt after payment. Fairly priced taxis belong to bigger companies, so they would have also a big telephone number painted across the doors. The most important thing is however a white sticker on one of side windows with two prices. The first is a price for the beginning of the ride and is imposed by the Town Hall – when writing this article, in 2017, it was 8 PLN (around  2 EUR and 2 USD). The second price displayed on the sticker is a price for every km, set by the taxi driver himself, which in 2017 averaged 2 PLN (50 american or european cents).  Dishonest taxi drivers remove the sticker, and at the end of the ride ask ridiculous price (which are in theory entitled for because the passenger didn’t ask the price which was not displayed anywhere). If asked for the price they would answer something unintelligebly. Mind you that all regular taxis are metered – never agree on a fixed price because that would be usually much higher than metered price. Knowing the price for 1 km you can very easily calculate the  price for the ride. Example: from the Castle Square (entrance to the Old Town) to the Chopin airport are 11 kilometers, so in ideal conditions you should pay 30 PLN (8 PLN + 11*2 PLN). In practice you will pay few zlotys more because there is a small surcharge applied when the car is not moving (waiting for the green light or stuck in traffic jam) or for rides between 10 pm and 6 am (the price from the city centre to the airport should however never exceed 50 PLN). When in doubt ask for a printed receipt. On the receipt you will find the distance and the price details. If a driver is unable to produce the receipt, you may threaten him to call the police by saying simply “police”.

1. when sure about your destination use Uber app which will cost you less than taxi
2. when taking taxis from the street make sure that apart from the TAXI sign and the license number they have telephone number and price sticker with prices that you can afford
3. double check taxis waiting for customers in touristy areas mentioned above
4. if you don’t want to take taxi from the street and check all the things mentioned above, ask somebody (concierge, waiter in the restaurant) to call you a taxi by phone.

Regular taxi looks like the one below. It has all necessary numbers (e.g. license number) and …

at the photo above, on the right you can see fake taxi, without any license number.

Warsaw has one of the best public transportation systems in Europe. Buses and trams are new, safe, clean, punctual and …cheap! For 4,40 PLN (in 2017 this equaled 1 EUR) you can use all buses, trams and the underground for 75 minutes from the moment of the validation (changing as many times as you want within the 75-minute time limit). So where is the catch? The paper tickets (most common are 20-minute, 75-minute and 1 day tickets) are sold by majority of  newspaper kiosks. Never get on a bus or a tram without a ticket in your hand. You may see that on some buses there are vending machines selling tickets – what qualifies them as tourist traps is that they are of 3 kinds –  those accepting credit cards only, those accepting coins only, and those out of order 🙂 They are all courtesy of Warsaw Transportation Company and shouldn’t be relayed on – in case of failed purchase (credit card rejected) ticket inspectors won’t have any mercy. Good news: If you are over 70, you qualify for free rides with all means of Warsaw Transportation Company (buses + trams + underground) and it applies to all elderly passengers, regardless of their nationality – remember that in case of ticket control you may have to prove that you are over 70 by showing your passport (we heard of one case in which dishonest Warsaw ticket inspector tried to fine elderly couple from Israel, claiming that non Polish citizens don’t qualify for free transportation which is not true). 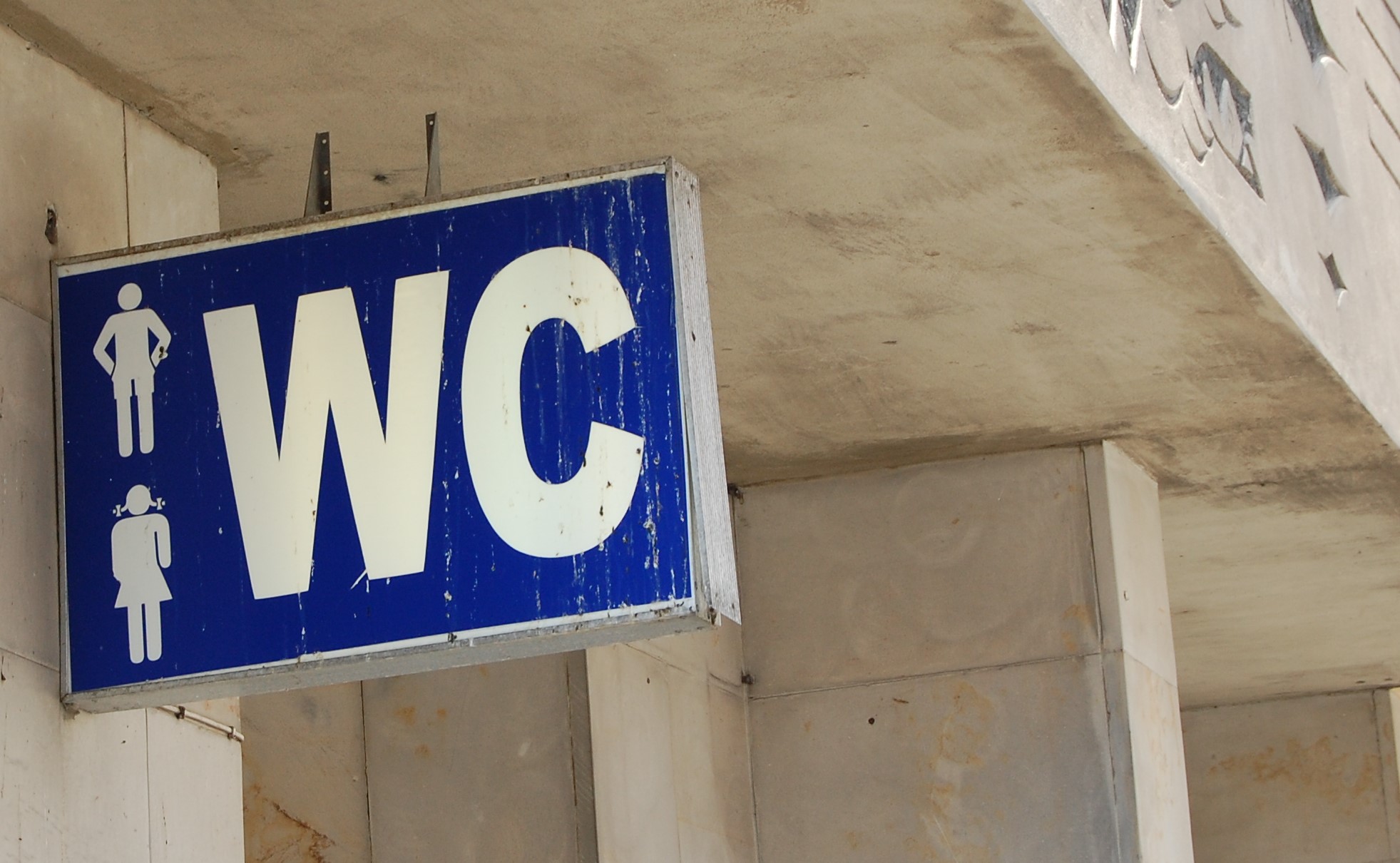 Or I should write – public toilet, because there is only one clean free public toilet in historical city centre of Warsaw (in the Castle Square, building with the escalator). This is really a shame on Warsaw Town Hall that if failed to provide a network of public toilets. People in Warsaw who are in need are forced to use toi-toi’s (dirty and smelly plastic toilet cabins without running water) or enter cafes/Mc Donalds and ask for the code opening the toilet door.

Our tips:
1. plan your walks well, when having coffee use toilet of the coffee house.
2. Most of the stations of Warsaw underground are equipped with free public toilets.

RESTAURANTS IN THE OLD TOWN

In most of Polish historical cities the obvious place where locals would go for a beer or dinner is the Old Town and its surroundings. This is true for Krakow, Poznan, Wroclaw and is sadly totally false for Warsaw. As far as dining is concerned Warsaw Old Town (and to smaller extent Krakowskie Przedmiescie street) is a classic tourist trap – the food served by many Warsaw Old Town restaurants is overpriced, limited in choice to what tourists believe traditional Polish cuisine is (fried pierogi, sauerkraut with meat, and barszcz soup – absolutely charming on Christmas but uneatable in the summer time) and very often made of low quality ingredients. The main reason for this is that since Warsaw locals stay away from the Old Town, the customers of those restaurants are mainly foreigners (often on business trips), who came to Warsaw for 1-2 days and will never come back, so the restaurants don’t care about quality but they do care about prices. Our (obvious) tips: 1. if possible plan your lunch/dinner outside touristy Old Town (sometimes it’s enough to get one block away from the Royal Route and the quality improves and prices drop). 2. check the rating of the restaurant on Trip Advisor or Zomato 3. if unsure whether things in menu are overpriced refer to the price of half-liter popular draught beer which tends to be the most common price indicator in Polish restaurants – when writing this article (2017), in Warsaw City Centre it ranged from 8 to 12 PLN (2 to 3 EUR/USD).