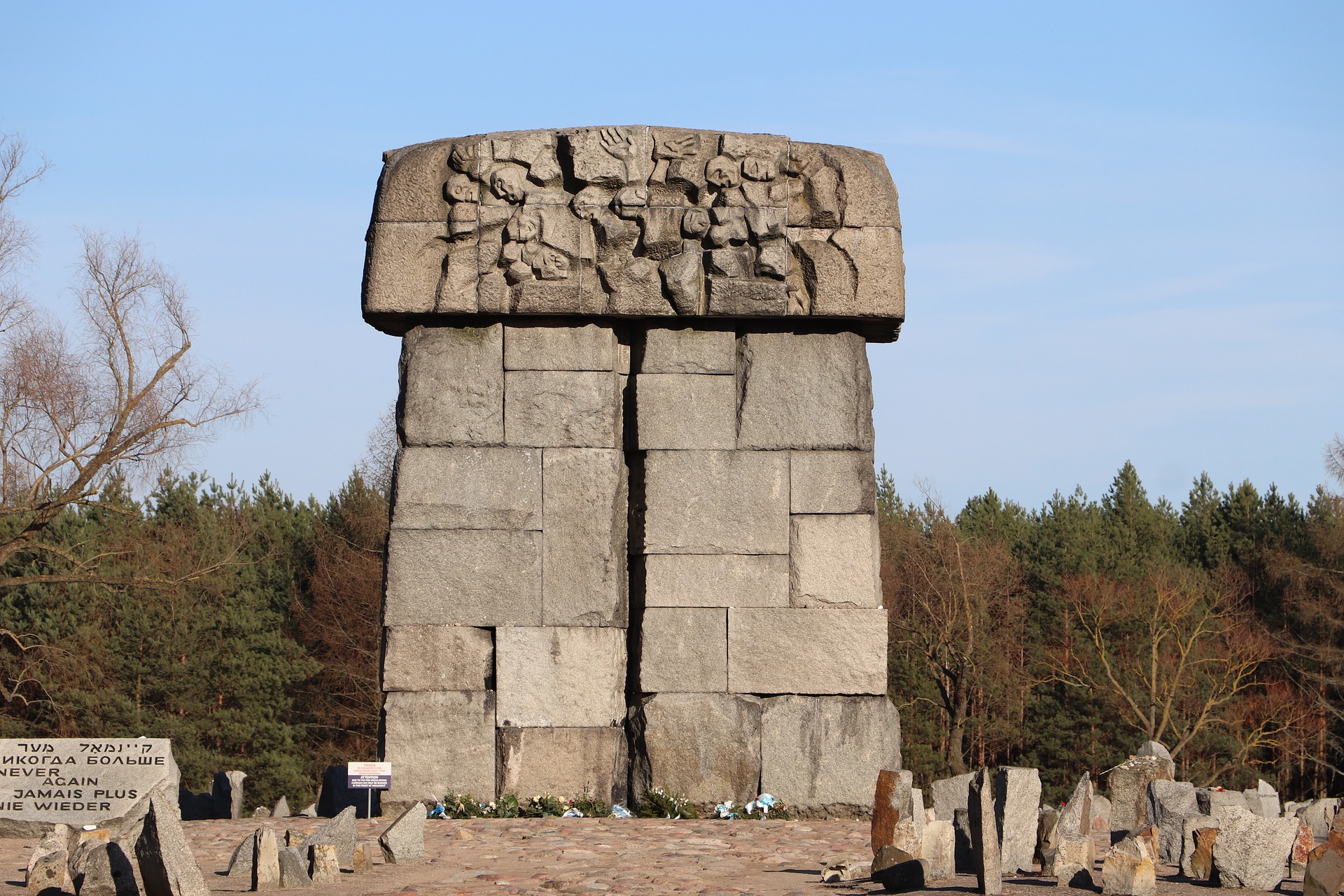 Situated 100 km east of Warsaw, Treblinka began operation as a death camp in July 1942. During less than two years of existence, over 850,000 Jews were killed in its gas chambers, most of them immediately upon arrival. As was the case at other death camps, the SS forced Jewish prisoners to ensure the smooth running of the mass killings: they selected strong-looking men to drive new arrivals into the gas chambers, cut women’s hair, sort through luggage and finally to drag the corpses into the crematoria. By the spring of 1943 the destruction of Polish Jewry was practically complete, and by the autumn the camp had been dismantled.

The Nazis successfully destroyed most records of the camp, and only a few dozen inmates survived to see liberation. Most of these managed to flee during the remarkable Treblinka uprising, which broke out on 2 August 1943 (by which point large-scale killings had already ceased). Despite the odds, almost half of the 850 prisoners who took part managed to break out of the camp, although only around a hundred were able to escape the region and many died of exposure, starvation or recapture and subsequent deportation. Those who did escape found that people on the outside struggled to believe the horrors that they had witnessed.