So you came to Warsaw and want to see some street art, but don’t know where to look for it? It’s usually a bit hidden from most common tourist routes. You can find some really good murals in almost each district of Polish capital, but here we will tell you about the real “must see” ones. Also they are all located not that far from other cool places to visit so you will have a chance to see them “on the way” so to say.

We start close to the Central Railway Station. 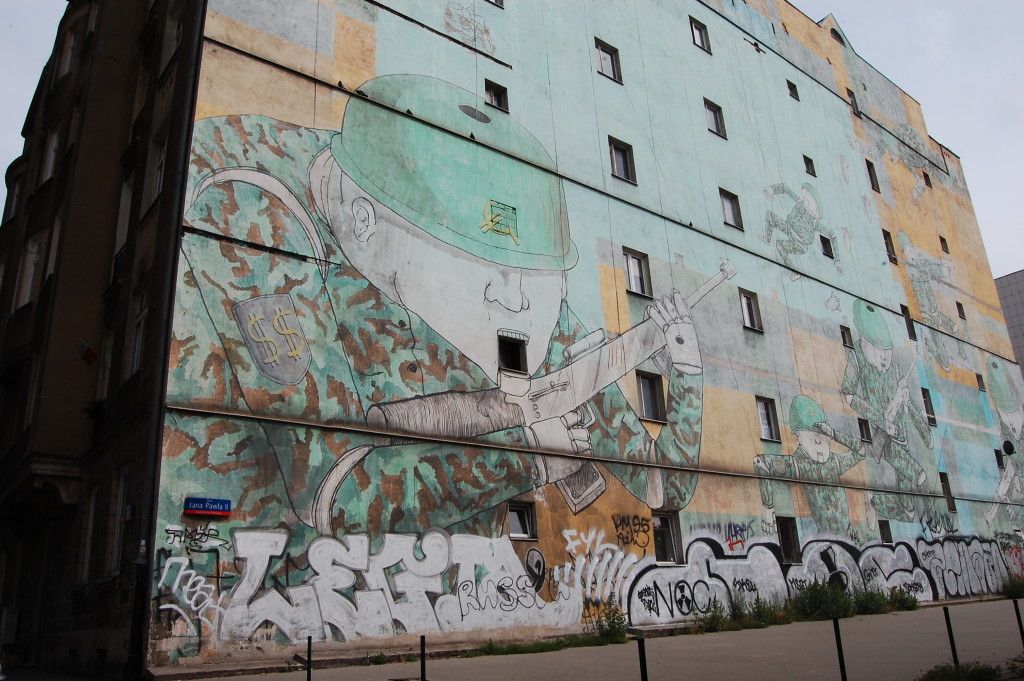 Mural was painted in 2010 by Blu, an Italian artist who came to Poland for an invitation by Polish Street Art Group Vlep(v)net. It stands against commercialization of war but anyone can read it as he/she wishes. Work on this mural lasted three days. The artist has left the background he found at the wall already – it was a souvenir  from the communist times. Mural was partially financed by city of Warsaw as part of the project of art in a public sphere.
Now we are moving further towards North-West. 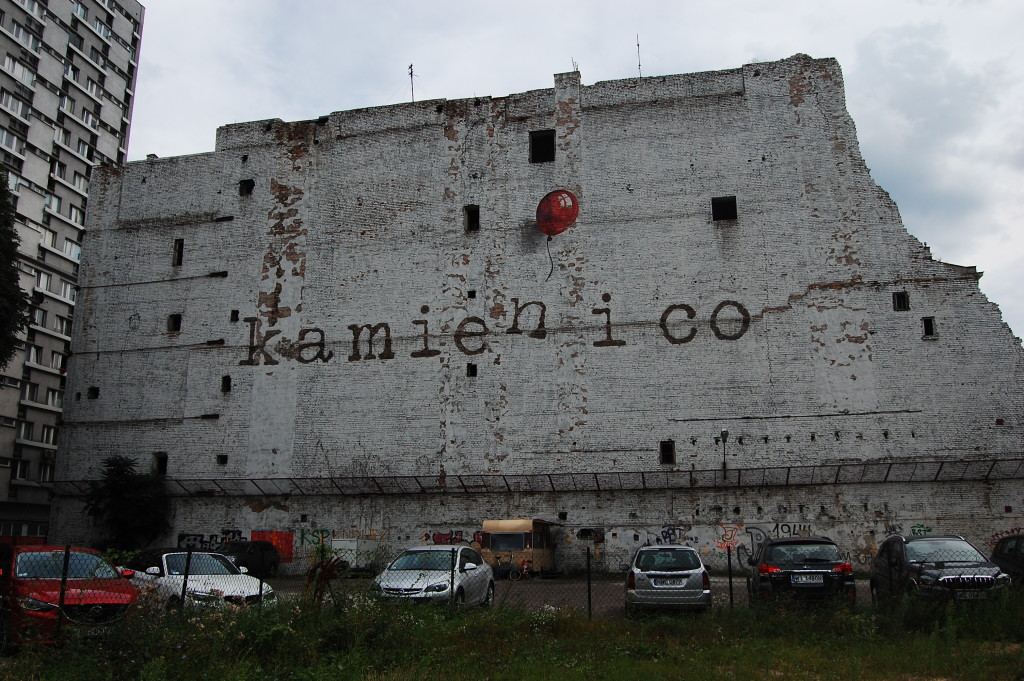 This mural is again huge. It takes 1400 m2. It was painted in 2009 by Polish artist Wiktor Malinowski.
Building was constructed in 19th century. From 1940 till 1942 it was part of Warsaw Ghetto. It was badly damaged due to a bomb explosion during Warsaw Uprising in 1944. It is one of a very few buildings that were standing in a Ghetto and survived. Therefore and due to fights in its interiors during Warsaw Uprising it is treated as the one of a great historical value.
Mural was financed by city of Warsaw and non-governmental organizations.
Words written on the wall literally mean “Stone and what” what sounds like a bit offensive invitation to a discussion about the building, its purpose, history and meaning.

3. ZAMENHOF
(4 Nowolipki Street)
Heading north you will reach Muranów. It is a part of Warsaw which was completely distroyed after Ghetto Uprising in 1943. Right now it is home to Polin Museum and some fine street art examples. It was made in 2011 in memory of Ludwik Zamenhof who lived in Muranów at the beginning of 20th century. He has created an Esperanto – new language to which was meant to connect all people. The idea behind it was a creation of a simple, easy to learn language which would be known by all people so that they can communicate. It would an additional one to the national laguages. It is estimated that in the 1980′ it was used by 1.5 MLN users. 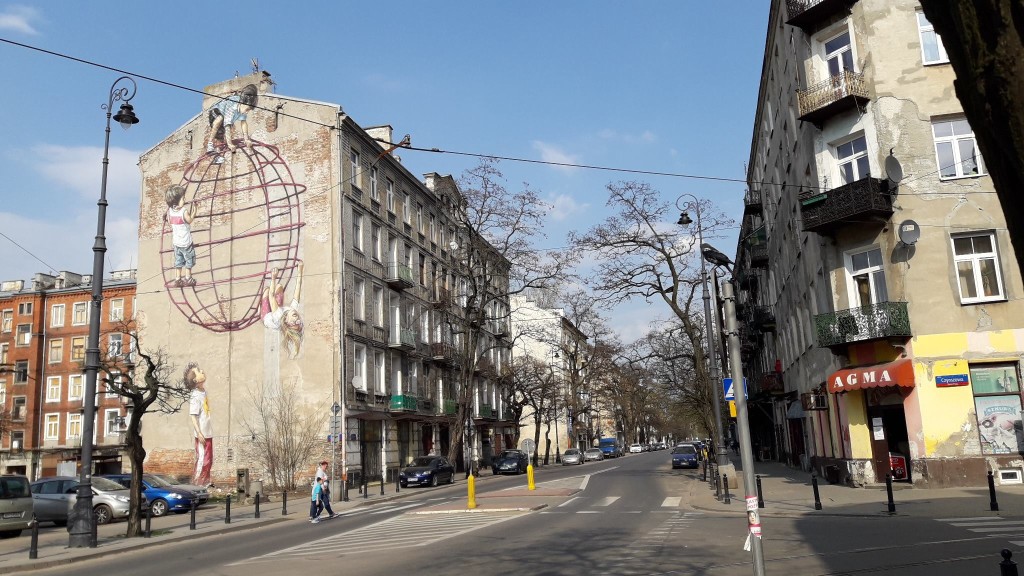 (41 Stalowa Street)
From Muranów it is very easy to get to Praga district. You just need to cross the bridge (by bus, tram, bike or by foot). Made by Lithuanian artist Ernest Zacharevic during streeta art festival in 2015. Work is called Playground.
You can see children playing with old-fashioned device which was called in Poland (the globe).
Children therefore are the ones who will  be playing with our globe in future or maybe the ones who are playing with it right now are like children – everyone doing what he/she wants. 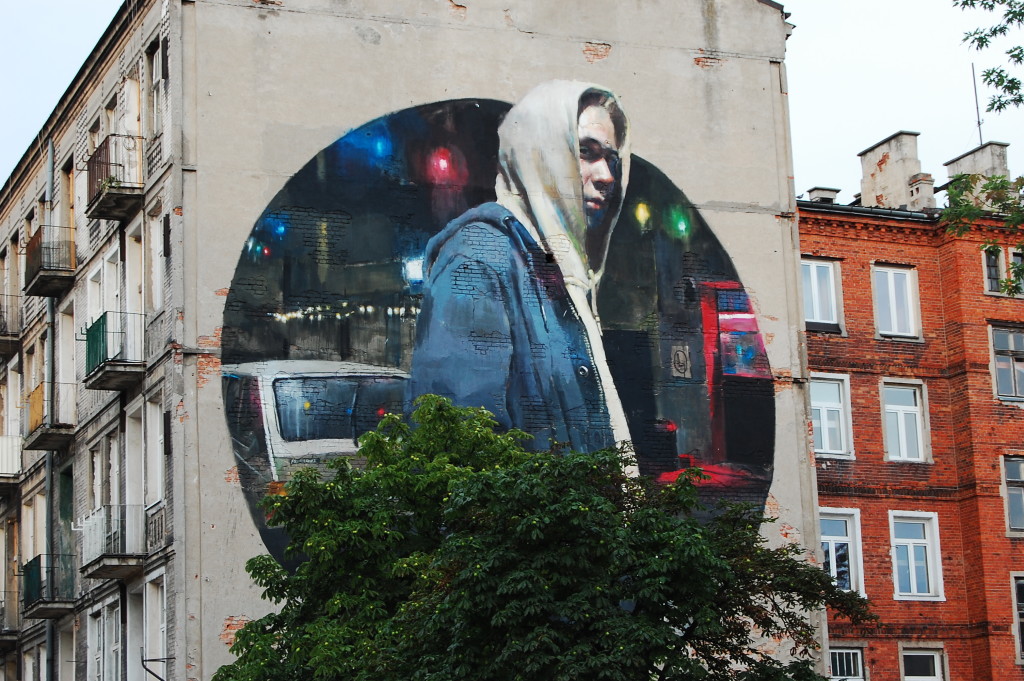 (26 Strzelecka Street)
Painted by famous Sebastian Velasco from Spain. It was also made especially for the street art festival. Mural is a projection of the photo taken by an artist few days before in one of the club courts,

It is good to finish your day full of sightseeing at Vistula river. Just go to the bank of the river and have a walk in the woods to the biggest beach in Warsaw – Poniatówka. You can have a brabecue there, sunbathing in the last rays of Sun and simply enjoy a beer while sitting on the sand (remember: drinking alcohol is only allowed in the embarkments of the Vistula river in Warsaw).